11 Iconic Landmarks in London for Your Day Out 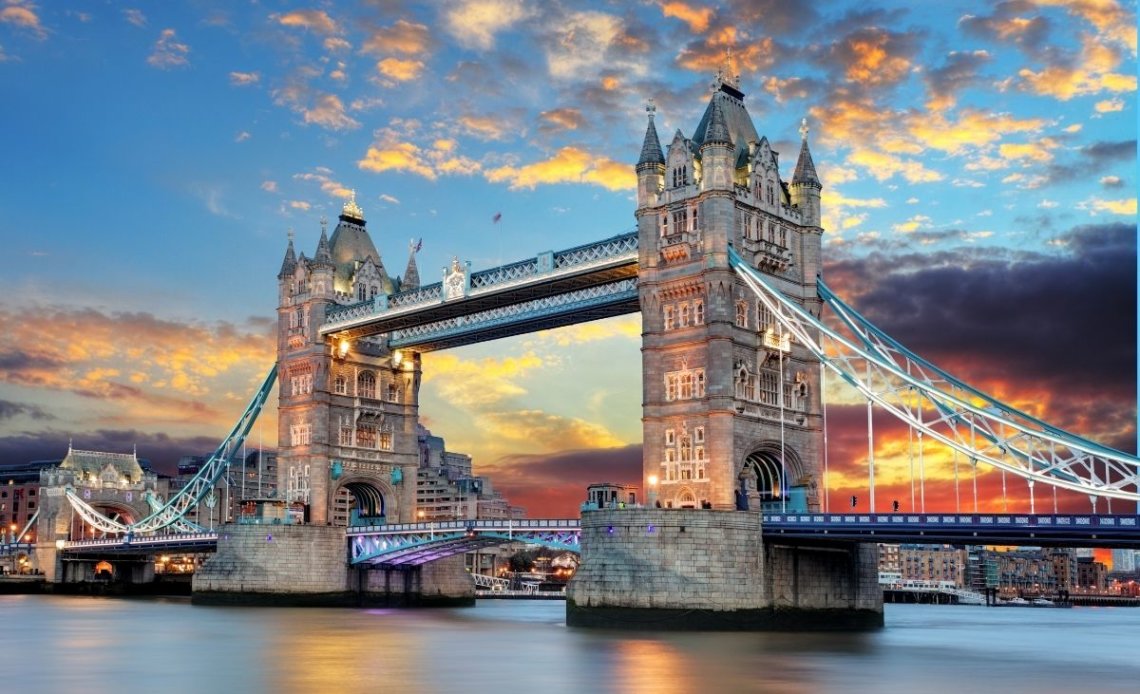 There are so many amazing landmarks in London to see. It’s one of the many reasons why London is one of the most popular cities to see IN THE WORLD.

London’s landmark buildings are great to see for the budget traveller, as you can enjoy the marvels of architecture from the outside. You can totally do a tour of the famous buildings in London and not spend a penny, but just enjoy the view.

Or, splash your cash, and spend a few days exploring the famous landmarks in London from the inside out. Take a tour around and you’ll get a better understanding of London’s historical sites and their history.

So, let us introduce you to the most famous London landmarks in the city for your big day out.

Iconic Landmarks in London for a Day Out

These landmarks are among the most famous buildings in London – which one comes first on your list?

If you’ve thought of London, you’ve probably seen or heard of the famous landmark clock tower, Big Ben. It’s located at the north end of the Palace of Westminster and even if you have only one day in London, I recommend seeing it. Although, when I went it was covered in scaffolding so hopefully you can catch it after construction.

Fun fact, Big Ben is actually the name of the bell that tolls inside, not the building.

Big Ben is definitely one of the most famous buildings in London, and features on all the skyline images of the city. It’s totally free to go and have a look at and up.

Tower Bridge is one of my favourite landmarks in England. The bridge looks like a fairytale and it has been well preserved since the 1800s when it was built.

Go up and inside Tower Bridge and you’ll find a museum documenting its history. It’s also available for hire – first time I saw it was on The Apprentice – looked amazing!

Driving across Tower Bridge is kinda special too, see if you can get an Uber to do the same. Driving across one of the most famous landmarks in London really makes you feel like you’re ‘there’!

3. London Landmarks: The Palace of Westminster

Westminster is the heart of British political life. The site is over 900 years old and has held trials for infamous brits like William Wallace and Sir Tomas More. Unfortunately, the original palace burnt down in 1834 but the current Westminster is still a sight to behold.

BIG decisions are made here, and you can visit for free. You can also sit in on special occasions, check the events and listings for more info.

Do you know HP sauce? This is the famous London landmark on the front.

4. London Landmarks: The Tower of London

Disappearing princes. Beheaded wives. Locked up relatives. And the crown jewels. The Tower of London holds them all.

This is where the kings and queens lived and carried out many sentences to secure their reign. You can also view the famous Crown Jewels – including the crowns, sceptres, and tiaras actually used by the Royal Family.

Also check out the Bloody Tower, Traitor’s Gate, and the square where Anne Boleyn lost her head. This famous London landmark is a great day out in the city and is located just by Tower Bridge.

One of the tallest buildings in Europe, the Shard stands over 1,000 feet (305m) tall. It was built in rather recently, at least compared to some other London landmarks on this list!

Renzo Piano completed the Shard in 2012. You can take a tour to the top for amazing 360 views of the city, dine in one of its restaurants, or book a room in the Shard hotel. And you absolutely cannot leave without going to the amazing toilets – the view is amazing!

If you’re looking for a way to top off a great day out in London for adults with something a little special, then the Champagne bar at the top is pretty sweet!

If you’re a fan of royal weddings and coronations, then you’ll want to visit Westminster Abbey near the Palace of Westminster and Big Ben. Over 16 royal weddings have taken place inside, and many royals’ resting places are within its walls.

It’s stunning enough from the outside tbh, but you can pay to go in too. It’s one of the most iconic London landmarks.

While on the outside The British Museum may not appear as awe inspiring as some of the other famous landmarks in London, it’s one of the top places to visit. The British Museum collection includes centuries worth of priceless artefacts from both England’s history and British conquests. You can even find the famous Rosetta Stone here.

Next up on your tour of the best landmarks of London, the Tate Modern Museum of Art.

You can wander along the Thames River towers a world-class modern art gallery that could take hours to explore. The museum boasts a large tower in the centre, in which visitors can ascend (via elevator) to get a glorious view of the surrounding area.

However, the building was originally built in the 1950s as a bankside power station. And with the way they have transformed the industrial space into a gallery, even the building itself could be considered modern art.

The nearly 300 steps to the top give an amazing 360 view of the city. And, the cathedral houses incredible artwork, sculpture, and music. Built underneath the cathedral is a crypt where many notable people are buried.

If you’re trying to see London on the cheap, you can see St Paul’s Cathedral from the outside and enjoy an incredible sight. Fork out around £20+ and you can enjoy the inside too.

Catch an original Shakespeare play or peruse the museum at Shakespeare’s Globe Theatre if you want to really get stuck into London landmarks.

Originally designed in Stratford Upon Avon in Warwickshire, this one is built on the original site of Shakespeare’s Globe, this is a must see for literature fans. The theatre is designed after the original and you can purchase tickets for either a seat or to stand in the centre.

Back in the day, Shakespeare wanted to create a theatre that was accessible to everyone and the globe, with nearly 360-degree seating and standing room right in front of the stage, was packed almost every night.

Visiting Shakespeare’s Globe Theatre makes for a great day out in London.

View the famous Changing of the Guard or try to get a glimpse of the royals at Buckingham Palace in London. The Queen of England currently calls this large castle home, but it dates back to 1703. Queen Victoria was the first monarch to reside inside and it has been passed down through the Royal Family ever since.

So, where will you start?

London boasts many of England’s famous landmarks like Big Ben, Westminster, and Buckingham Palace, you could spend weeks trying to explore them all. In fact, I lived in London for 7 years and I’m still to go inside St Paul’s Cathedral – so much to see!

What are your favourite famous London landmarks?

Let us know in the comments!

Looking after our winter wellbeing is even more important this year. Here are a few tips from us to…
END_OF_DOCUMENT_TOKEN_TO_BE_REPLACED
Interest

Looking for the best indoor BMX parks in England to show off your skill, or maybe you’re still…
END_OF_DOCUMENT_TOKEN_TO_BE_REPLACED
Interest

Looking for the best of hidden England? Here are the most interesting places off the beaten track in…
END_OF_DOCUMENT_TOKEN_TO_BE_REPLACED