We take a look at some of the most beautiful churches in England, worthy of a day out. Our local architecture expert Zunaira is here to reveal her top picks…

England has a long history of religious heritage and conflict, with Christian clergy influencing the country for the greater part of the Middle Ages. A large number of extravagant churches, cathedrals, and basilicas were built by royalty and the nobility throughout the Medieval era, some of the buildings still operate today. These churches not only commemorate the religious heritage of England but also symbolise the cultural aesthetics and traditions of the region.

Read on for some of the most beautiful churches in England that stand out for their architectural magnificence as well as historical significance, attracting thousands of tourists from across the globe. 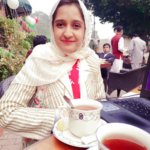 Zunaira is an architect and designer on paper, but a writer at heart. She’s got a Bachelors in Architecture and a passion for travelling, both of which combine in her writings about timeworn castles and fortresses that have withstood the tests of time and stand proud to this day.

Located in the city of London, St. Dunstan Church is one of the oldest churches still standing in town. The church was built in Anglo-Catholic style from the 10th century AD. Made from plain stones covered by Kentish ragstones, the church is constructed simply yet beautifully. Similar to its exterior, the interior of the church is also simply decorated with two aisles on the sides.

During the moonlight services, when the church courtyards are lit with the moonlight, the serenity and peace of the church’s courtyard provide an unforgettable experience of calmness to the visitors.

Located ten miles from the Strathcarron Valley, Croick Church is one of the famous country churches in England. Tucked away from the noises of the city, the church stands in the midst of a clearing, surrounded by trees and natural greenery. The serenity and peace that this church provides are unmatched.

This humbled-sized church dates back to 1827, when it was built on the land donated by the Rosses of Balnagown. The church is also famous for providing shelter to the refugee of Highland Clearances. The church still contains cryptic messages from these refugees, echoing the stories of the past.

Gloucester Cathedral is located north of River Severn. Constructed as a blend of Norman and Gothic traditions, the cathedral is considered to be one of the most beautiful churches in England. Visiting this humongous cathedral, you will find the monastery to be particularly enchanting with its glorious fan-vaulted roof.

The stained-glass windows of the cathedral date back to 1350, which add to the historical significance of the church. The cathedral has also made film appearances many times, including as a backdrop to three of the Harry Potter films.  Visit for a great day out in Gloucestershire!

Found in the busy city of London, Saint Paul’s is one of the most aesthetically pleasing sites that you can find in London. The cathedral was constructed by Sir Christopher Wren, one of the highest acclaimed architects in English history. The church is a prime example of Baroque influences on England during the Renaissance.

The church is not only famous for its architectural magnificence, but the religious and historical artifacts displayed in the church also attract a number of tourists every year. In addition, you will also find various sculptures and statues at every corner of the church.

Situated in the grounds of Arundel Castle, the Fitzalan Chapel dates back to the 14th century when it was built by Earl Arundel. The chapel is also the burial ground of the Dukes of Norfolk. The chapel is famous for its Gothic architecture with choir stalls and a carved timber roof.

The tombstones have carvings of their own, adding to the aesthetic beauty of the chapel. During the 19th-century Protestant movement, the chapel remained as an independent ecclesiastical and, thus, continues to be counted as a Catholic church. Given the history as well as the architectural beauty of the place, the chapel attracts a number of tourists to the grounds of Arundel Castle for a day out in West Sussex.

Sitting on a small hilltop in Cambridge, St. Peter’s Church is another English architectural marvel. The building dates back to the 14th century, when an octagonal chapel was constructed using stone rubble with pebbles for the tower. The size of the church was later reduced during its reconstruction in 1781.

The present-day St. Peter’s Church contains a blend of modern as well as medieval details. You will find everything about this Cambridgeshire church attractive, from its cobbled pathway to the trees surrounding this small chapel. This secluded aesthetic spot is the best in Cambridge if you are looking for some peace and quiet.

St. Mary’s Church is aesthetically rich in terms of its appealing Norman architecture. Located in Bedfordshire, the church was originally constructed during the early Norman period, with some modifications made around the 14th century.

The striking feature of the church is its grand arches and perpendicular windows complemented by a masonry pattern. In addition to the Norman inspirations, you can also find Victorian and Gothic inspirations apparent in the south and north aisle of the structure.

This enormous church–nearly on par with the size of a castle–still astounds the tourists with both its architectural beauty and size. Another interesting fact about Wells Cathedral is its tenor bell, which is the 10th largest bell in the world, weight around 3000 kgs (6614 lbs). A visit here is one of the best things you can do in Somerset.

Another astounding church located in the English countryside is the Church of the Holy Ghost at the foot of the Quantock Hills in Somerset. The church was built around the 16th century, where it became home to cult and mystic activities by the locals. The church still holds the rich and mysterious carvings on its inner walls, including two naked men fighting a double-headed monster.

The church’s Gothic architecture, in addition to its spooky vibes, attracts a number of individuals across the globe to visit this mysterious beauty.

Salisbury Cathedral is one of the grand cathedrals of England, it took around 38 years to build. Salisbury Cathedral an incredible medieval feat that also contains one of the tallest spires in the United Kingdom. The tower reaches a dizzying height of 123 meters (403.5 ft), which is also open for the public to visit.

The unusual architectural style of the building, with its tall and narrow nave accented with the hues of grey and golden, creates a pristine effect that amazes the observer. Salisbury Cathedral is also famous for housing several of the original copies of the Magna Carta.

Let us know which church intrigued you the most and the one that you would like to visit. We’re excited to hear from you in the comment section below!

If you’ve been tasked with organising your mate’s stag party, fear not –these 15 ideas…
END_OF_DOCUMENT_TOKEN_TO_BE_REPLACED
AreasInterest

Looking for something a bit off-the-wall? There’s no shortage of weird events in England for…
END_OF_DOCUMENT_TOKEN_TO_BE_REPLACED