6 Brilliant Days Out in the Peak District 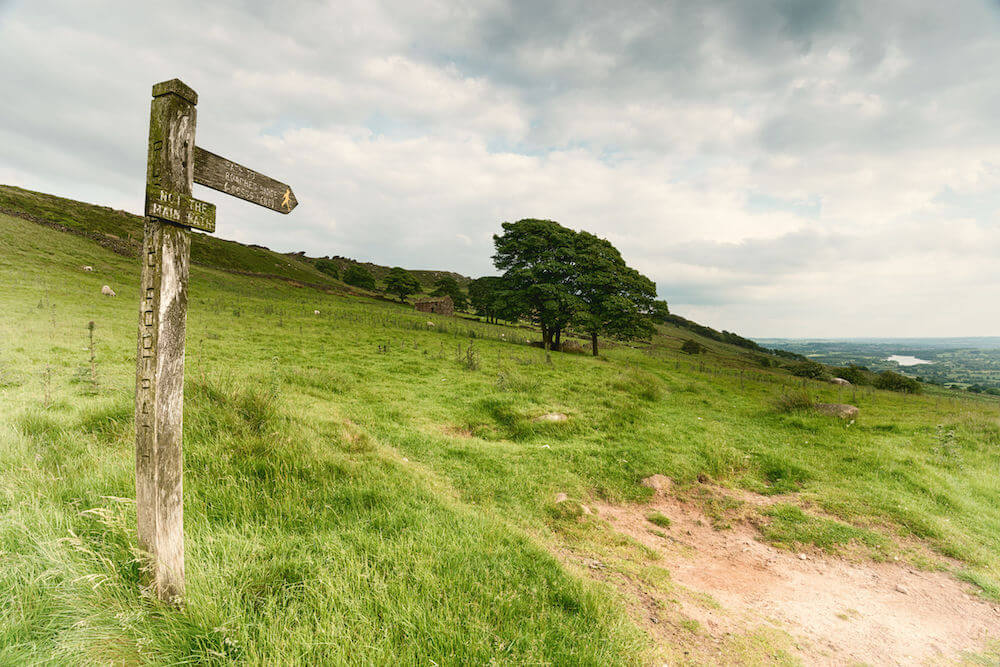 Some posts on this site contain affiliate links. If you book or buy something through these links, I earn a small commission (at no extra cost to you). Take a look at my privacy policy for more information.

The Peak District is divided into two areas:

– The Dark Peak in the North

– The White Peak in the South

The Peak District became a National Park in 1951. It covers 555 sq miles of central England, and spans the five counties of Derbyshire, Cheshire, Staffordshire, Yorkshire and Greater Manchester.

Photos of the green landscape beneath the azure sky, complete with a thin streak of clouds, easily entice people to visit the Peak District on a day out.

What to do in the Peak District

Add to that the country houses, heritage sites, cycle trails, rock climbing and famous ‘Peak District walks’ that lay outsides the towns, and you’ll see why the Peak District is one of the most visited National Parks in England.

Knowing how to spend your day out in the Peak District can seem overwhelming, so let me break it down into the top 5.

Days Out in the Peak District

Have you ever experienced a bird’s eye view above a landscape that aligns with a valley? If your answer is NO, you’ll get that chance while traveling to the Heights of Abraham in a cable car line.

Imagine the tremulous feeling added to the glee you’d get when moving over the Derwent Valley. As you ascend towards the summit you’ll see the hilltop park on the Masson Hill top, offering you the most breathtaking views you’ve had in your whole life. There are also some great woodland walks in the Heights of Abraham too.

The two caves here are great to explore – visit the Great Masson Cavern and Great Rutland Cavern. Check out the restaurants here too, built among the woody hills for travellers to rest and indulge.

You’ll find some great photography spots up here, so make sure to take your camera with you.

2. Buxton and the Pavilion Garden

One of the most popular days out in the Peak District is to visit the Pavilion Garden – usually packed with families in high season. It’s free to get in the Pavilion Garden and it’s spread over 23 acres with a huge glittering lake. Enjoy roaming through the garden and admiring the beautiful flamboyant flowerbeds.

Domed pavilions dotted around the garden give you the chance sit peacefully and just enjoy the view.

The best thing about a Peak District day out at the Pavilion Garden is that you can visit the tea rooms. Enjoy the delicious cakes offered by the cafes inside the garden.

Other than admiring the nature, all visitors are welcome to the Farmer’s Markets, dances and fetes while the Play Park, Adventure Playground and miniature trains offer kids a plenty of fun at the garden.

All this makes the Pavilion Garden one of the top days out in the Peak District, in Buxton, and at a great price too!

Edale is one of the highlights of the Peak District, as it’s the start of the famed walking path known as the Pennine Way.

The little village here has all you need to keep you sustained along the route, including some great pubs with beer gardens. There’s also a cafe and a local shop too. You can find camping sites here, if you want to extend your Peak District day out, and there’s a tourist information centre if you need any help.

I went on a school trip to Edale when I was a kid, and I just remember the openness of it all, and the sense of adventure. In Edale you can join all kinds of outdoors activities, including walking, mountain biking, hang gliding and paragliding, bouldering and climbing and fell running.

Or, you can just take a picnic and admire the view!

The 14 National Trails in England for Peace and Quiet

Chatsworth House was passed down through 16 generations starting from the Cavendish family. Now, it’s one of the top tourist attractions in the Peak District as it’s located at the heart.

The magnificent house consists of 30 opulent rooms each filled with valuable ancient artefacts, artworks and sculptures. The grandiose grounds, equally precious to the luxurious interior have gained it the moniker ‘The Palace of the Peak’.

You can stroll in the stunning green promenade which spreads over 105 acres. Make sure to turn back and look at the exterior view of the house, alluring with striking yellow-stone. Obviously this makes for a great photo spot.

I recommend you to visit the Chatsworth House and Estate on the Christmas Season, so that you can also take part in the family event “Christmas at Chatsworth”.

And, fun fact for you, my uncle used to run the tea rooms and post office on the estate, so I’ve been many times!

Keen walkers after a day out in the Peak District will enjoy the challenging mountain hikes to the top of Kinder Scout.

Kinder Scout rewards you with panoramic views as far as Manchester and even Snowdonia, from the flat plateau on the top because it is the highest point in East Midlands.

As you step along this historical route you’ll come across bubble canals, dramatic rocks, wild moorland and the splendid Kinder Downfall. It’s the highest waterfall in the Peak District National Park.

Keep a map and compass in hand, and make sure to wear a pair of strong boots or hiking shoes on your hike. Check the weather before you leave – it changes quickly round these parts!

The Castleton Caverns are a collection of four underground caves namely Blue John Cavern, Speedwell Cavern, Treak Cliff Cavern and Peak Cavern. The Blue John Cavern which is a naturally born cave is made with six natural chambers, each with its own distinguishable features.

The four caves exhibit different chilling atmospheres inside and the underground scenery is incredible. Water flowing out of the carved rock walls can be seen everywhere in the Peak Cavern.

You can also try the underground boat ride in-between spectacular natural sites of the Speedwell Cavern, which lead up to the hillside limestone cave. Treak Cliff Cavern has been able to catch the eyes of scientists’ due to the stalactites and stalagmites formations, and it provides a roof to the precious Blue John stone which is the only one of its kind in the world. However, this is the least crowded cave out of the four caves.

7 Prettiest Villages in the New Forest to Visit this Summer

Some posts on this site contain affiliate links. If you book or buy something through these links, I…
END_OF_DOCUMENT_TOKEN_TO_BE_REPLACED
Areas

29 Fun Activities in the Lake District for a Day Out

Some posts on this site contain affiliate links. If you book or buy something through these links, I…
END_OF_DOCUMENT_TOKEN_TO_BE_REPLACED
Areas

8 Great Days Out in the Cotswolds

Some posts on this site contain affiliate links. If you book or buy something through these links, I…
END_OF_DOCUMENT_TOKEN_TO_BE_REPLACED