11 Best Days Out In London For Sports Fans

Looking for the perfect sporty day out in London? From rugby to rowing, here are some of our favourite days out in London for sports fans.

London is often hailed as the iconic sporting capital of the world. Millions of people travel to the Big Smoke from all around the world; to sip on the Wimbledon Pimm’s and tuck into a sausage and chips at Wembley Stadium.

The fairly recent memories of the 2012 Olympics shaped Londoners’ strong perceptions of athletics, cycling and other endurance sports. The lasting impression of 2012 can still be felt today.

Although the 13 professional football teams all offer some great days out, you would be sorely mistaken in thinking that London is only about the football!

In this article, we’ll be talking you through a mixed array of sports events or experiences as well as what to expect when you get there. Let’s jump into the list for London for sports fans, shall we? 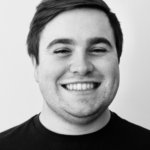 Copywriter specialising in tourism, sport and the arts

Will Jacks is studying a Master’s degree in International Journalism at the University of Salford, and has digital marketing experience. He also makes a mean baked ziti.

Best Days Out in London for Sports Fans

One of the most historic sites of sport in England, Lord’s Cricket Ground is as much an artefact as it is a stadium for sport. Home to Middlesex County, it’s also the largest capacity stadium for England and Wales International Test matches.

‘The Home of Cricket’ has tours available to the public, featuring the world’s oldest sports museum. Visitors can enjoy afternoon tea, the dining club, or the ultimate eating experience: ‘The Dressing Room.’ You don’t have to be a cricket aficionado to enjoy a day out at Lord’s.

Twickenham is known far and wide as the home of England Rugby; outside the town named ‘Rugby’ in Warwickshire where it was invented. Anyone who is a Rugby fan and finds themselves looking for a day out in London should visit the World Rugby Museum and take the tour of the stadium. Once inside, visit the official store, where all proceeds from purchases are reinvested into the sport at all levels.

If you’re interested in seeing an England Rugby Union match, look out for the 2022 Six Nations tickets.

Visited by 600,000 people every year, accounting for 10% of all UK racegoers, Ascot racecourse is the only racecourse to have close ties with the Royal Family. The racecourse was founded way back in 1711 by Queen Anne and is conveniently placed just 6 miles from Windsor Castle. It’s not quite in London, but really not far away to drive, or on the train.

Queen Elizabeth II attends Ascot several times a year, not just the largest event known as Royal Ascot. You don’t have to be a horseracing fan to know about Royal Ascot. Along with the Grand National and Cheltenham, it’s one of the major race days held annually. Other events at the racecourse include Family Race Days and The Gold Cup.

4. Wembley Stadium for the footie

If you love your football, you probably have a club that you adamantly support through thick and thin – this would make a visit to a rival club’s stadium quite tricky. You can find out more about The Emirates, Stamford Bridge, London Stadium and even the new Tottenham Hotspur stadium below, but number one on the list for any sports fan in London should be the home of football, Wembley.

Where else would you be able to see an English final than under the great arch? F.A. Cup, League cup, international games, Women’s football and even American football!

This year, some Euro 2020 matches will be played here, including the final. If you aren’t seeing a match, enjoy a standard stadium tour or the VIP experience.

The Boat Race is the most widely recognised rowing event in the entire world. It takes place annually, pitting Cambridge University against Oxford University.

Why would a rowing race contested by student athletes be such a hit?

A quarter of a million spectators line the banks of the Thames to witness an event that has taken place every year since 1856 (except during the world wars and the 2020 pandemic). 2022 will see the 167th Men’s Boat Race and the 76th Women’s Boat Race, which account for more than just bragging rights between rival universities. There’s class, esteem and honour when it comes to amateur rowers fighting the waves to represent their university, especially when 15 million viewers are watching from their homes.

6. Wimbledon for the tennis

Wimbledon is the oldest and most prestigious annual Tennis championship in the world, where 33 tons of strawberries and 10,000 Litres of cream were consumed by fans in 2017.

Competitors and Royal patronage abide by a strict all-white dress code, made utterly iconic by the likes of Andy Murray and Roger Federer. Main events include the Women’s and Men’s singles, doubles, mixed doubles, and boys/girls singles.

The Museum collection contains over 20,000 objects that chronicle the history of lawn tennis. Artefacts range from a circa 1555 book on the game, to some of the balls used in the 2014 Gentlemen’s Singles final.

7. Lee Valley VeloPark for the site of the Olympics 2012

Anyone who calls themself a fan of sport has to make the essential trip to the Queen Elizabeth Olympic Park.

From the Copper Box Arena to the Aquatics Centre, there are tens of sports represented in this small area. Our favourite however, has to be the VeloPark. Team GB received 6 Gold medals in the Rio 2016 Olympics and 8 Gold medals at the London 2012 Olympics, making cycling the top sport seen in Britain today. Visitors can enjoy the Olympic track tasters, along with a flying lap or even a BMX taster.

HOW WELL DO YOU KNOW ENGLISH SPORTS?
Take our England Sports Quiz Here!

Millions of athletes and runners have completed the London Marathon course, which starts in Greenwich Park and ends in front of Buckingham Palace. It’s the largest single annual fundraising event in the world, being one of the six major global marathons.

London traffic comes to a complete standstill, so get the Tube in and enjoy from outside Buckingham Palace!

The atmosphere is palpable when the first elite runner finishes. Another athletic favourite is the London Triathlon, held every year, spectators watch the swimming at Royal Docks, the cycling at Gallons Turn Point, and the running near the ExCel Convention Centre.

The new Dare Skywalk descent at Tottenham Hotspur’s football grounds in North London is well worth a visit for sports fans in London. Their new stadium opened in 2019 and includes the Goal Line Bar – at 65 metres it’s the longest bar in Europe!

The new stadium also includes the Dare Skywalk, a chance to climb the stadium and look down on the pitch below. You can also book onto the exhilarating 42m controlled descent over the edge of the stadium. You’ll drop from the top of the stadium to the South Podium below. Epic!

If the Chelsea FC Museum is more your thing, then head to South West London and Stamford Bridge. Here you can tour the club’s stadium and museum, which includes a raft of memorabilia, including a Champions League trophy. Makes for a great day out in London.

At the Arsenal Emirates Stadium in North London you can enjoy a behind-the-scenes tour of Arsenal grounds to dive into the club’s rich history. You could also sign up for the VIP Legend Experience and journey through the stadium with pitchside commentator Nigel Mitchell, offering dressing room tales and back room anecdotes. You’ll get the chance to ask questions and spend one on one time with your hero whilst dining in the Stadium’s elite Diamond Club. Might need a few hundred quid for that one though.

You can pick up some cool football themed souvenirs from London at the stadiums too.

Hope you’ve enjoyed these days out in London for sports fans. If you have any more ideas on what to do in the Big Smoke if you just can’t get enough sports, then let us know in the comments below!

Oh, before you go, fancy having a go at our London Quiz? And if you’re in London with teenagers, check out our great list of things to do!

Quick list of the best sports days out in London

9 Best Day Trips from Sheffield to Enjoy This Year

Introducing, the best day trips from Sheffield to inspire you to venture out of the city.
END_OF_DOCUMENT_TOKEN_TO_BE_REPLACED
Interest

12 Highest Mountains in England, and Where to Find Them

Looking for the highest mountains in England for a challenge? Here’s where you can find the…
END_OF_DOCUMENT_TOKEN_TO_BE_REPLACED
Interest

6 Best Places to Go Paddle Boarding in the West Midlands

Welcome to our guide to the best places to go paddle boarding in the West Midlands. There are plenty…
END_OF_DOCUMENT_TOKEN_TO_BE_REPLACED