Day Out at No Man’s Fort Hotel, in the Solent

Ever since I moved to Portsmouth I’ve been intrigued by the Solent Forts in the middle of the sea. What are they? What’s even in there? Who gets to go there?

I googled, but there didn’t really seem to be that much online. I wanted to go and see for myself.

There are four forts out there: No Man’s Fort, Spitbank Fort, St Helen’s Fort and Horse Sand Fort.

Map of the forts from sixtiescity.net

No Man’s Fort and Spitbank Fort are both hotels and restaurants, and Horse Sand Fort is apparently a derelict building only the initiated are allowed to go to. St Helen’s Fort is in private hands.

Not for us. Not now. 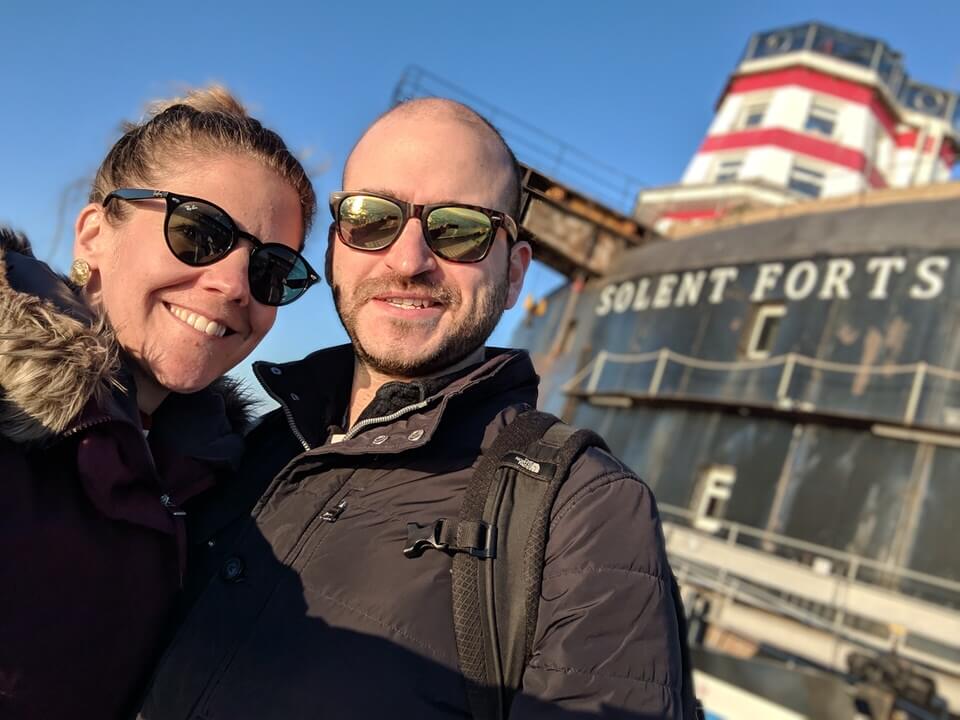 Unfortunately, due to the forts being out in the middle of the Solent, with its winds and unpredictable weather, December wasn’t the best time to be trying to get out there.

In fact, it took four attempts until we finally made it at the end of February.

Day at No Man’s Fort 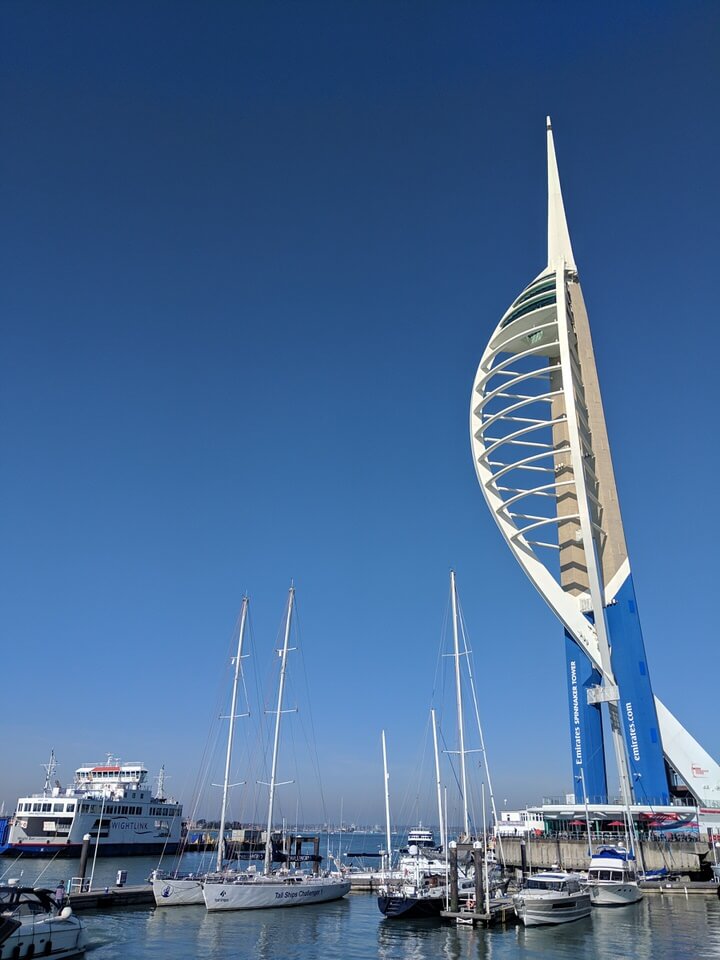 – The Spinnaker Tower, above, is also totally worth a little look round

So, by the time the day eventually came, it became quite the hyped trip.

As instructed we arrived at the Solent Forts office at Gunwharf Quays an hour before. Kinda unnecessary really as we just got ticked off and told to enjoy the shopping centre, but I guess it’s so they know we’re there and ready. 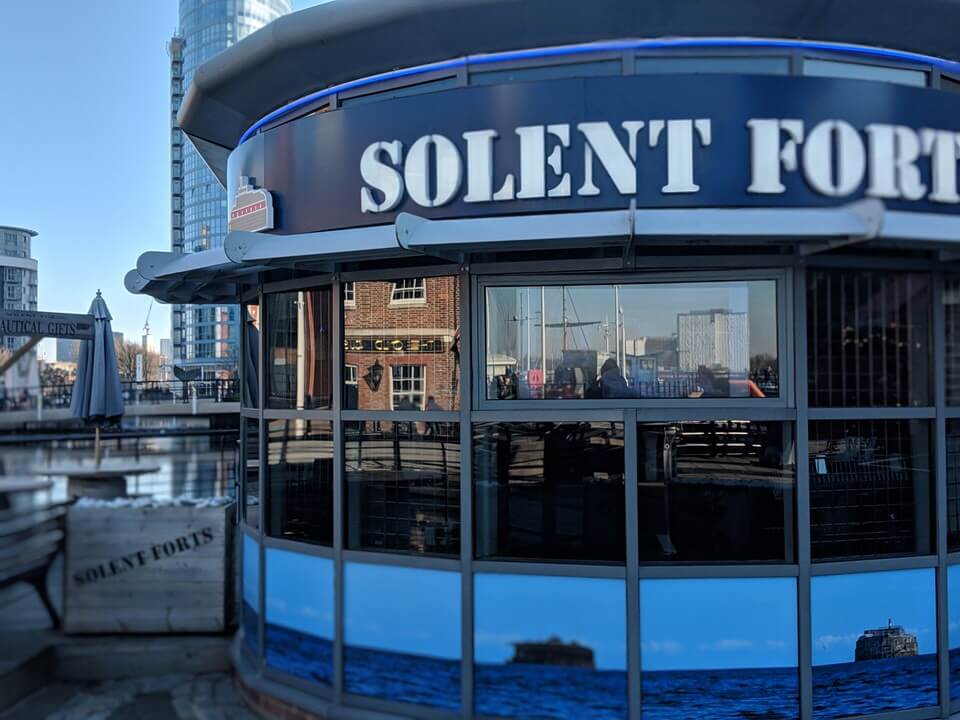 So we passed the hour at Custom House pub, with (overly expensive) Bloody Mary’s. That tomato juice from the Isle of Wight, almost made them worth it though. 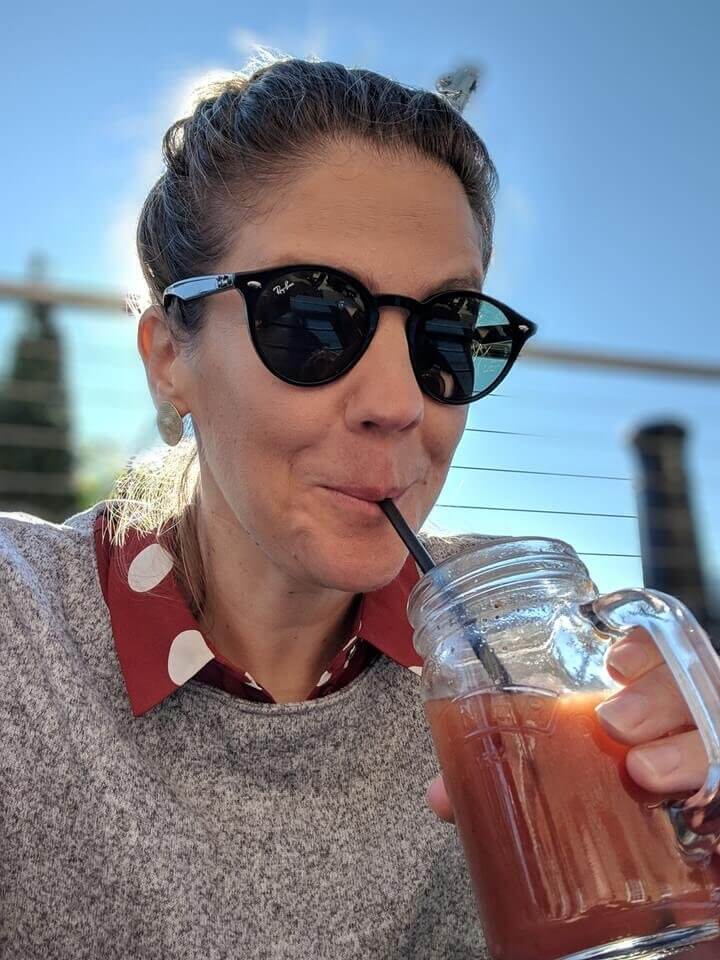 At 11am exactly we got the boat over with the other guests. Some were going to No Man’s Fort for lunch, like us, others overnight, and the rest to Spitbank Fort.

We listened as the rest of the passengers swapped tales of how many times they’d booked on. TBH, it turns out it’s not the best activity to book between December and March. Although, lucky for us, it ended up being a beautiful day for us in February when we did make it.

Classic Brits. We just love a moan. Wouldn’t be a day out if there wasn’t something for us to moan about. And, so our group bonded.

Inside No Man’s Fort

After swinging by Spitbank Fort to drop some people off, we carried on with the 20-minute journey to No Man’s Fort for our lunch. 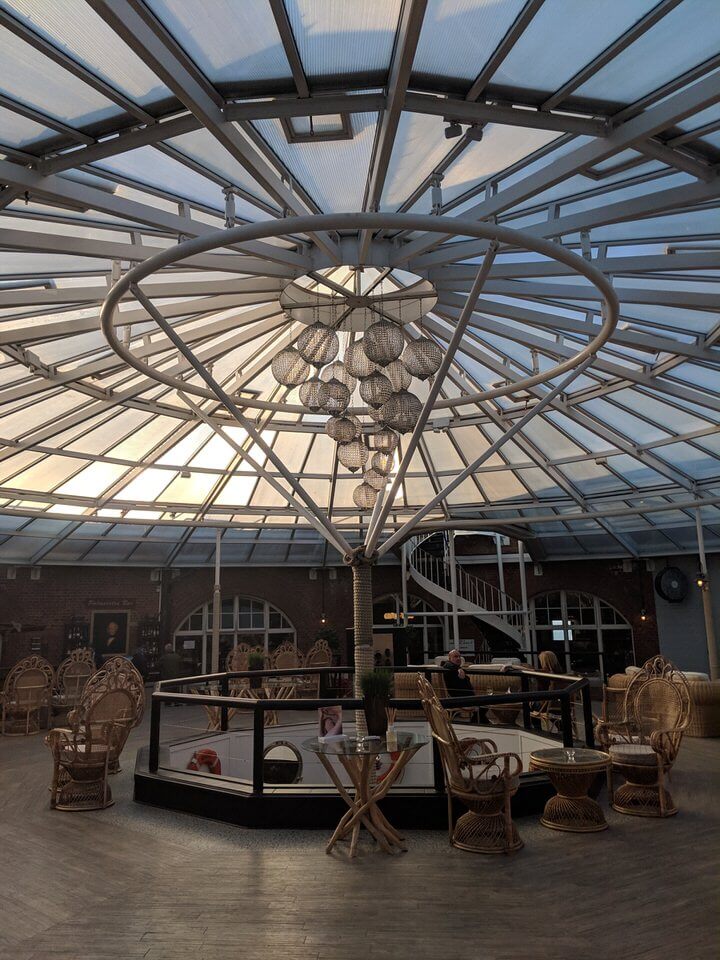 We carried on with the Bloody Mary theme, and can confirm the Mixologist at No Man’s Fort makes a mean one. It was lush sitting in the huge conservatory sipping away.

The sun was radiating through that ceiling. 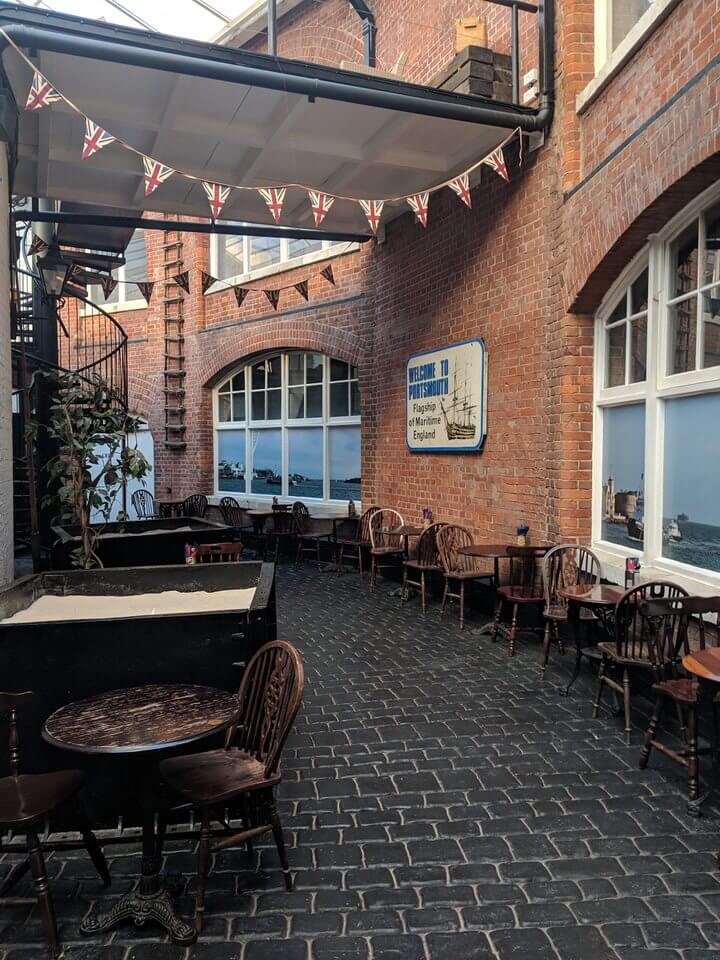 Included in our Sunday Lunch Experience was a tour of the Fort. Honestly, it’s amazing to see, and definitely one of the most unique days out in Hampshire.

We followed the winding staircase into the cellar they’d made into a laser quest area, and saw the museum down there. Our guide told us all about the history of the fort. 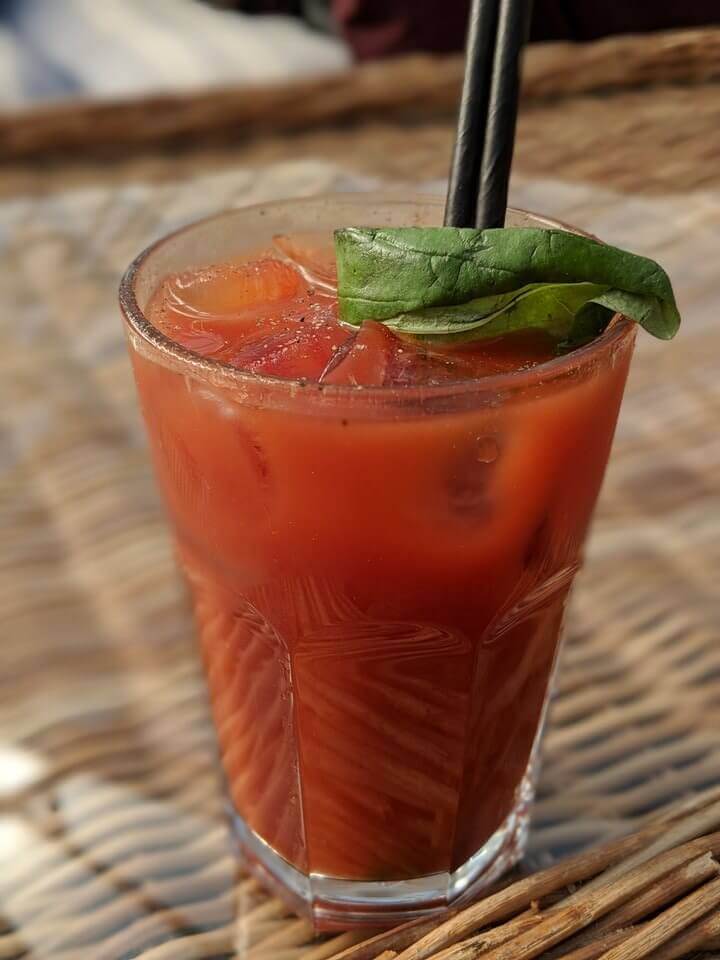 History of the Solent Forts

The Solent Forts were built over 150 years ago to protect the eastern approaches to Portsmouth Harbour from attack by enemy forces. We needed protection from the French, led by Napoleon. They were commissioned by British Prime Minister Lord Henry Palmerston, but in fact, they were never actually used.

The Forts took 15 years to complete, so by the time they were ready, we weren’t scared of the French anymore. The forts then became known as ‘Palmerston’s follies’. 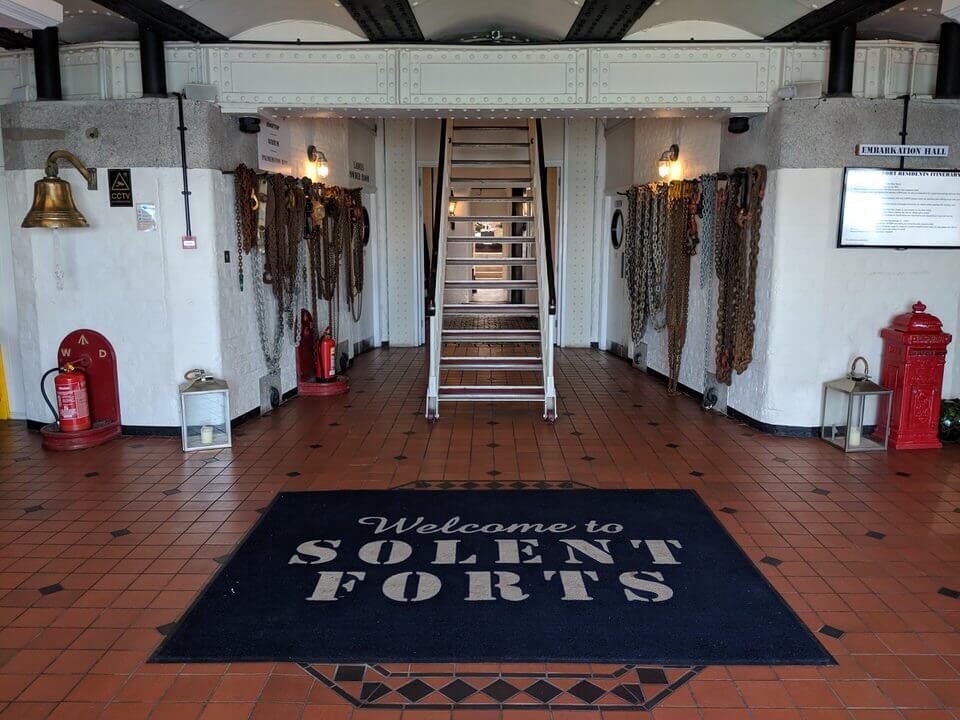 They would’ve been great in the First World War as a line of defence, but military defences in the channel were so strong, that not much got past as far as the Solent Forts. They were then abandoned until the start of the Second World War.

During World War II they were manned, but life there was grim. Soldiers were chosen on their inability to swim, so they wouldn’t escape. Not much happened according to the history books.

Since then there’ve been a few different owners, usually running out of cash along the way, before the current owners took over with the ultimate plan to make the Forts work.

No Man’s Fort is an interesting place.

Bigger than my photos from the outside look, and difficult to get to – as demonstrated by all the cancellations everyone had experienced. It’s fascinating to think how they manage to make it work as a business. 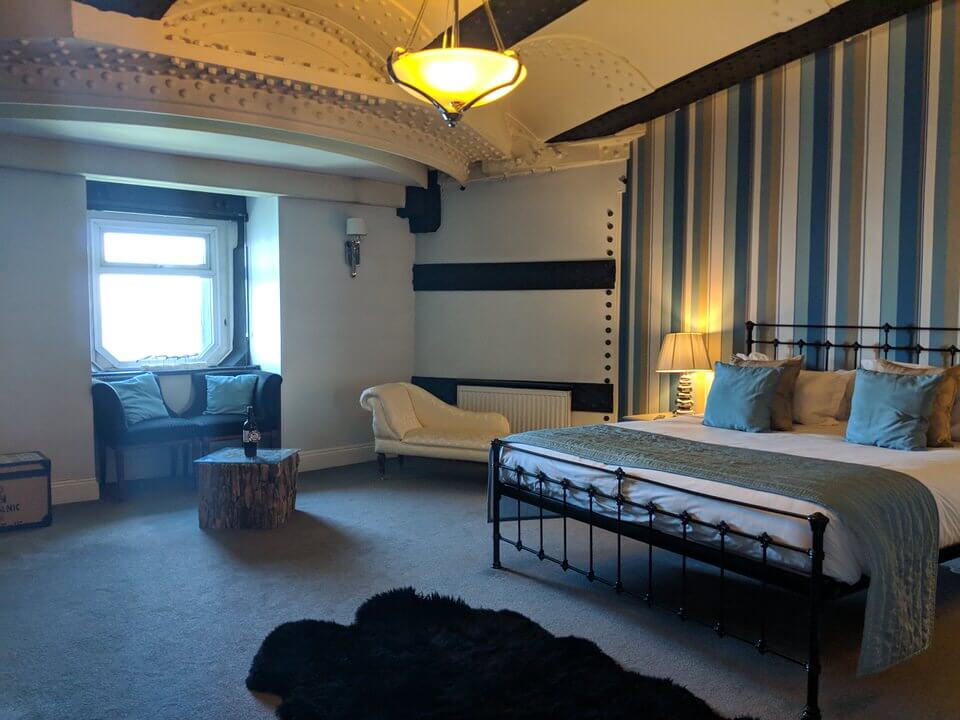 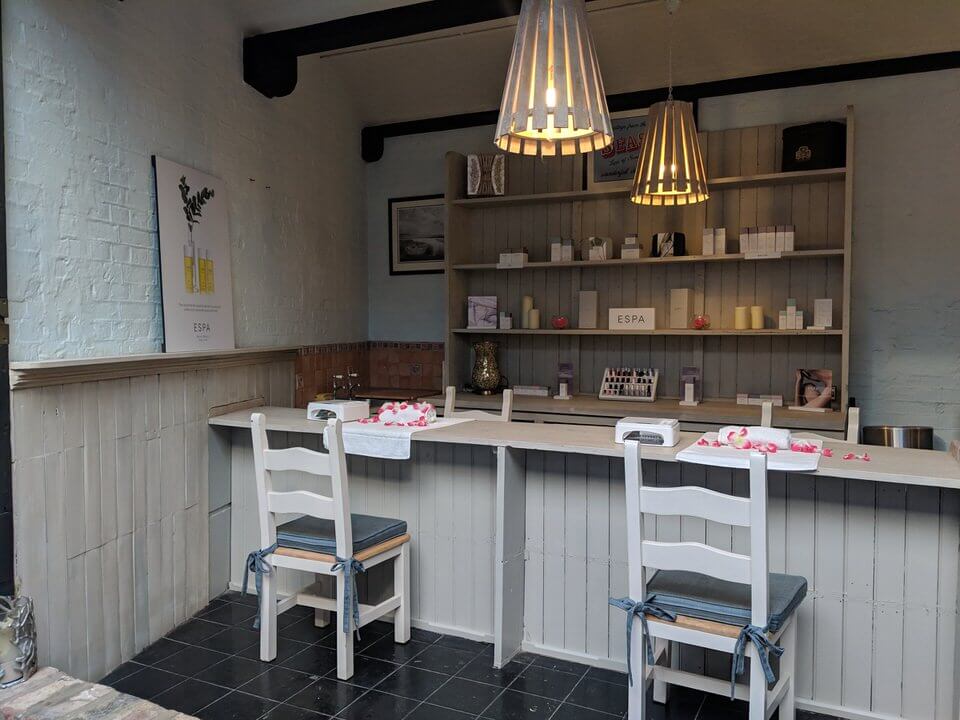 On the rooftop they had two jacuzzis, open to any overnight guests who were making the most of it. There was also an outdoor firepit, and an amazing indoor one too. Inside you’ll find a bar, and a luxury spa too.

Up the lighthouse were different rooms to enjoy, surrounded by glass with the light shining in.

So, lunch at No Man’s Fort

We had a three-course Sunday roast to look forward to. It was a fixed menu, to keep things simple.

It was a traditional Sunday Lunch with roast beef and Yorkies, a pate starter and crumble for dessert.

After our No Man’s Fort lunch

After lunch we had more time to wander around the Fort as we pleased. We went to one of the games rooms and played a game of snooker. There was also pool, billiards, and a space to sit and chill too.

We spent the rest of the time relaxing up on the roof garden, soaking up the sun and admiring the views of the Solent and the Isle of Wight. 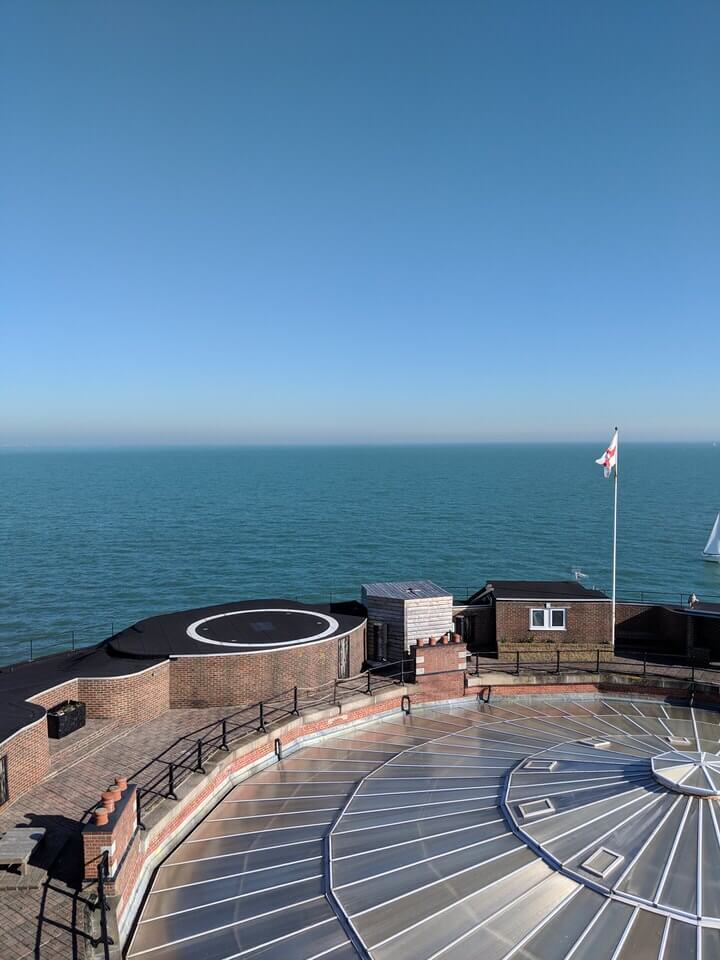 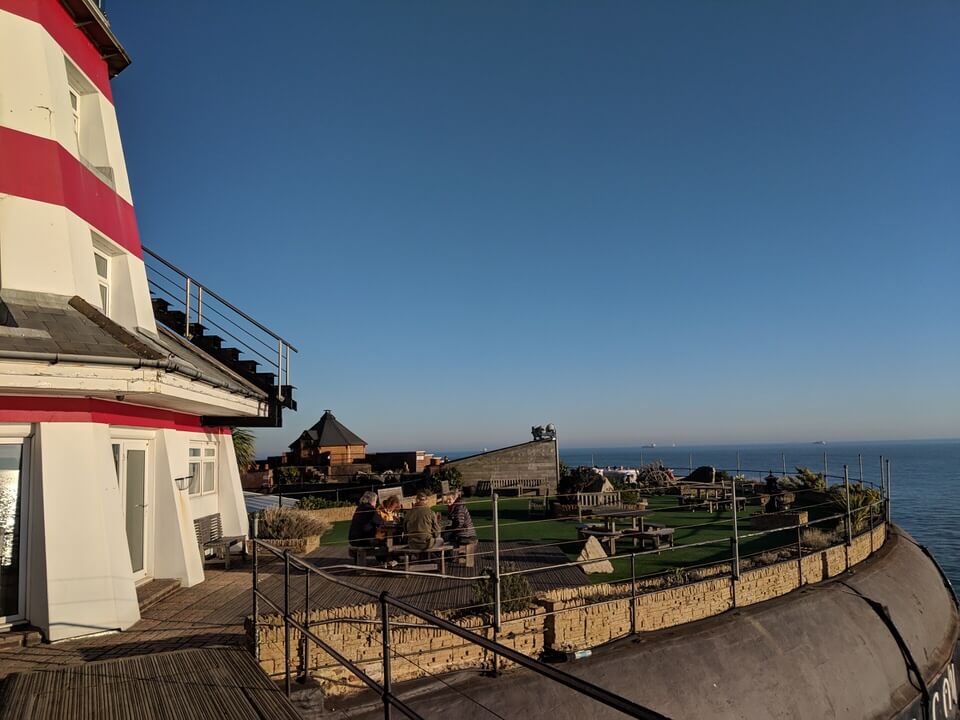 Fancy walking the Solent Way? You get a great view of the Solent Forts from the beach on a sunny day!

Going to the Solent Forts

A trip to the Solent Forts is definitely one for a special occasion. Everyone we met on the boat was celebrating something, so I felt the need to make something up, although I didn’t, just replying ‘it’s Sunday!’.

Can’t really deny it’s an expensive day out, but with entertainment, a three-course lunch, a welcome cocktail and a boat trip out there and back, it’s a great way to spend a day out in England for adults!

If you’ve been tasked with organising your mate’s stag party, fear not –these 15 ideas…
END_OF_DOCUMENT_TOKEN_TO_BE_REPLACED
AreasInterest

Looking for something a bit off-the-wall? There’s no shortage of weird events in England for…
END_OF_DOCUMENT_TOKEN_TO_BE_REPLACED